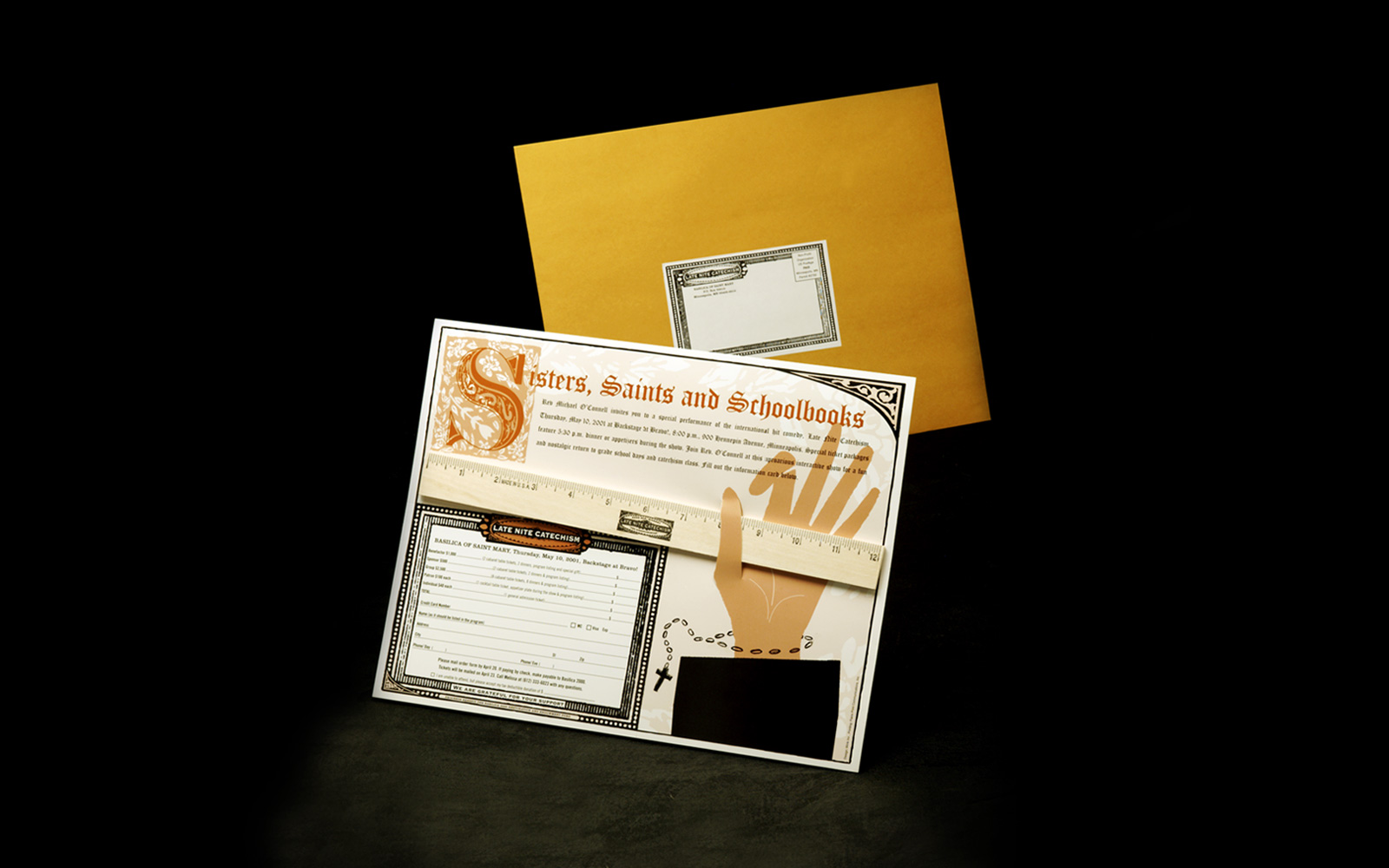 A fund raising invitation for the Basilica of St. Mary promoting the play “Late Night Catechism.”

A long-running solo comedy play about a fictitious Catholic nun, written by Vicki Quade and Maripat Donovan. The show itself is a form of participatory theatre where the actress playing the nun is the only person on stage, and members of the audience become members of the nun’s school class.

Wink decided it would be fun to arm the audience members with their own ruler since the Catholic nun would have one in hand. 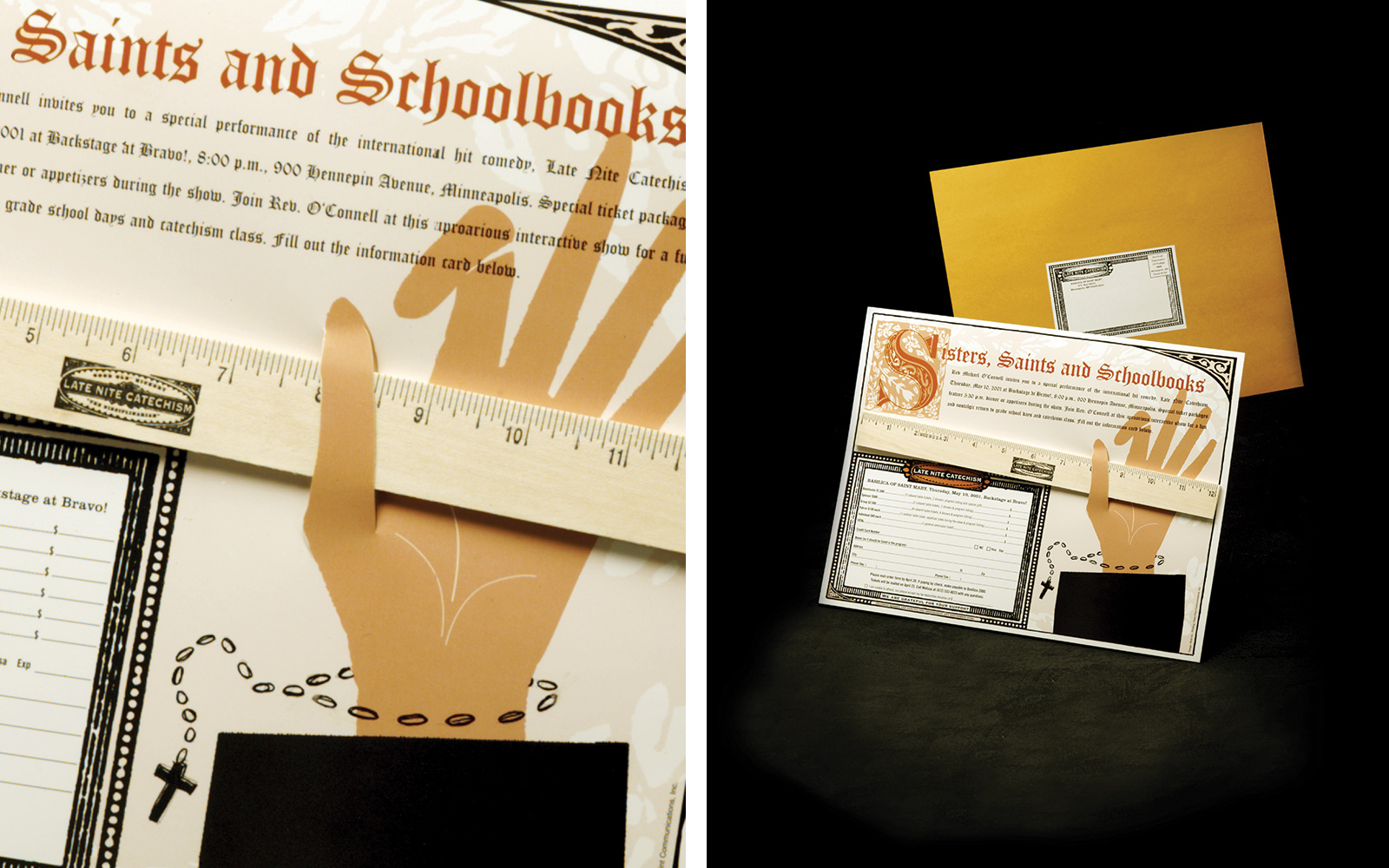